What Our Fans Are Saying:

"The experience was the best I've had all summer. My team encouraged each other and we had so much fun. The energy was fantastic, the music was great, and the bouncy houses were awesome. I had the best time ever!" - Danielle B. via Yelp

It's tiring in the best possible way. There were definitely obstacles where I had the thought, should I go around and do that again!?

It's inflatable-tastic! It's amazing, worth every penny and I loved every minute of it!

Need to register for a sold out wave?

We like to say the Insane Inflatable 5K was born on the back of bar napkins, because, well, that’s the truth! Those napkins were the sketch-pad from which dreams came to life one night in an Orlando bar. It’s unclear how inflatables even came up in conversation or how many beers had been consumed at the time, but the resulting inflatables are so gigantic we couldn't believe our own eyes! 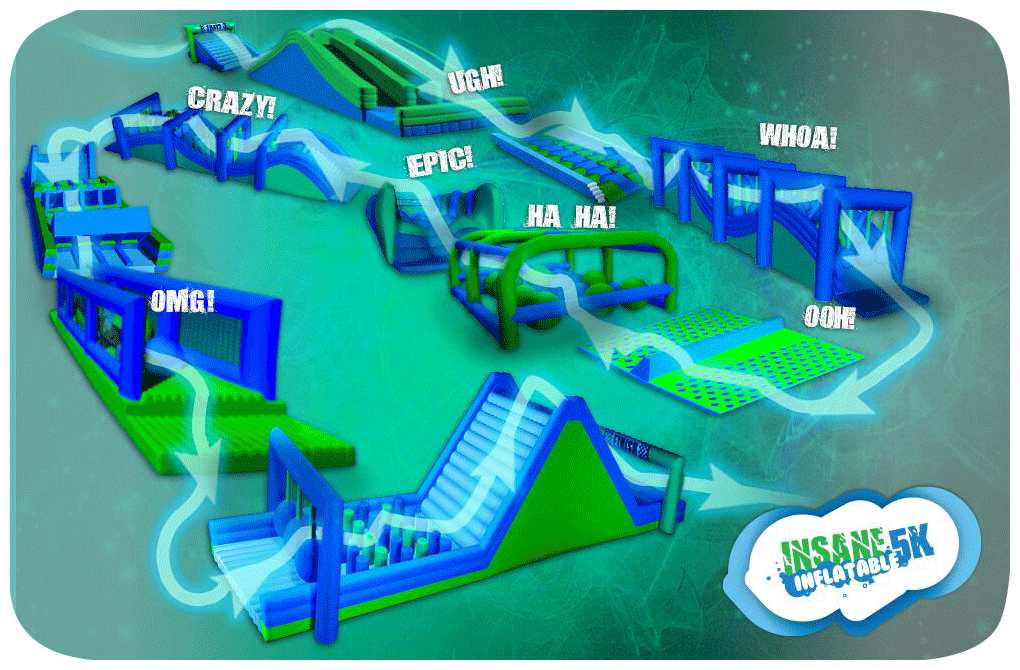 Get Ready To Bounce

Want To Get Insane With Us? Become A Sponsor